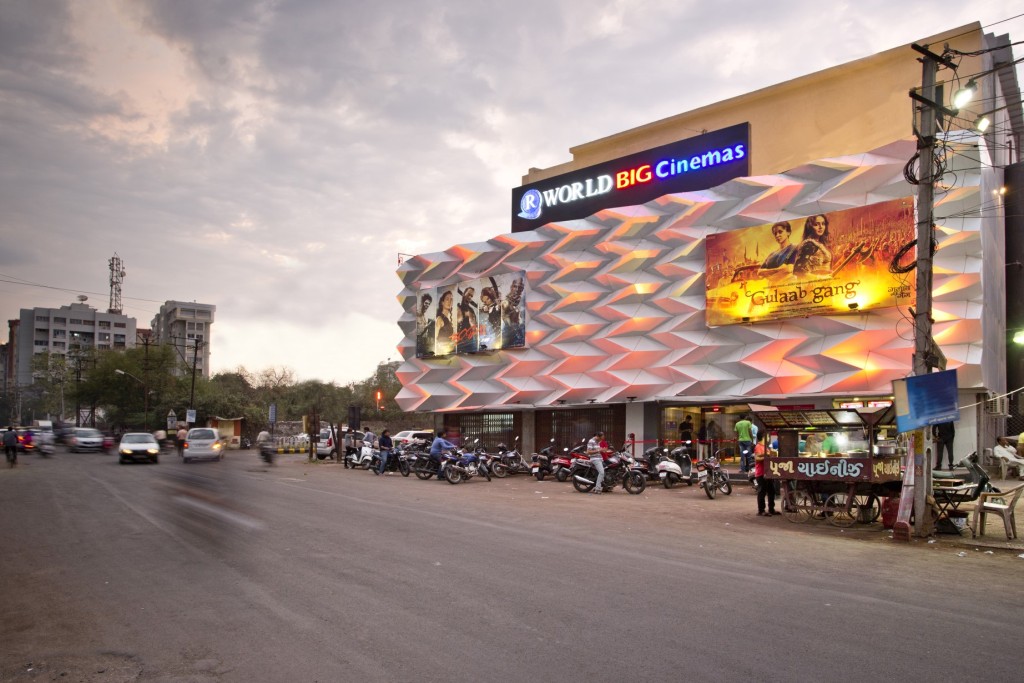 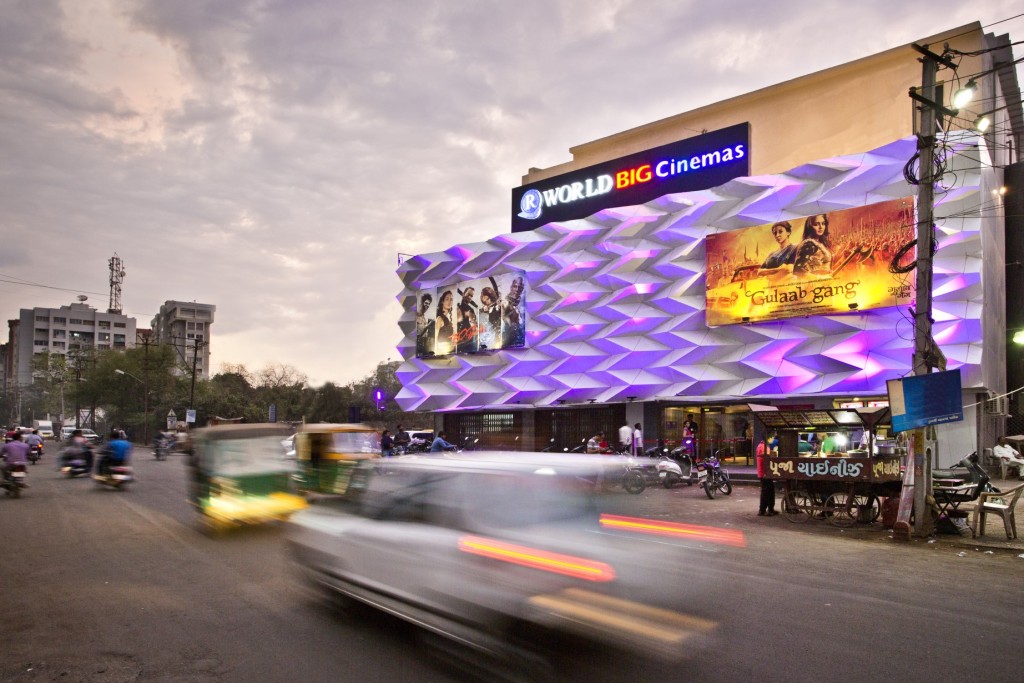 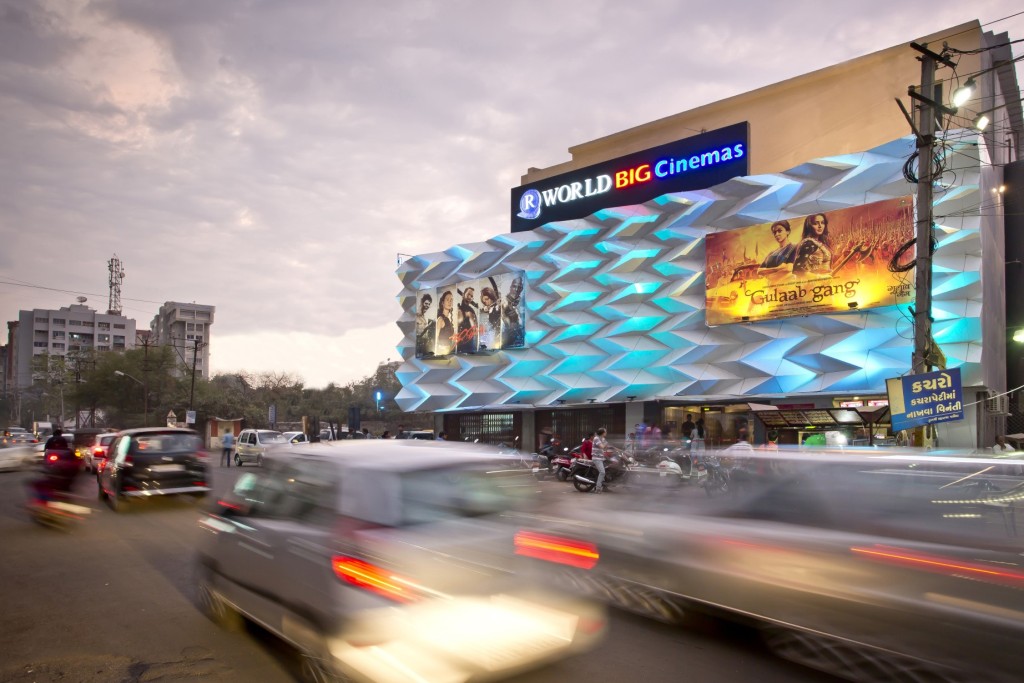 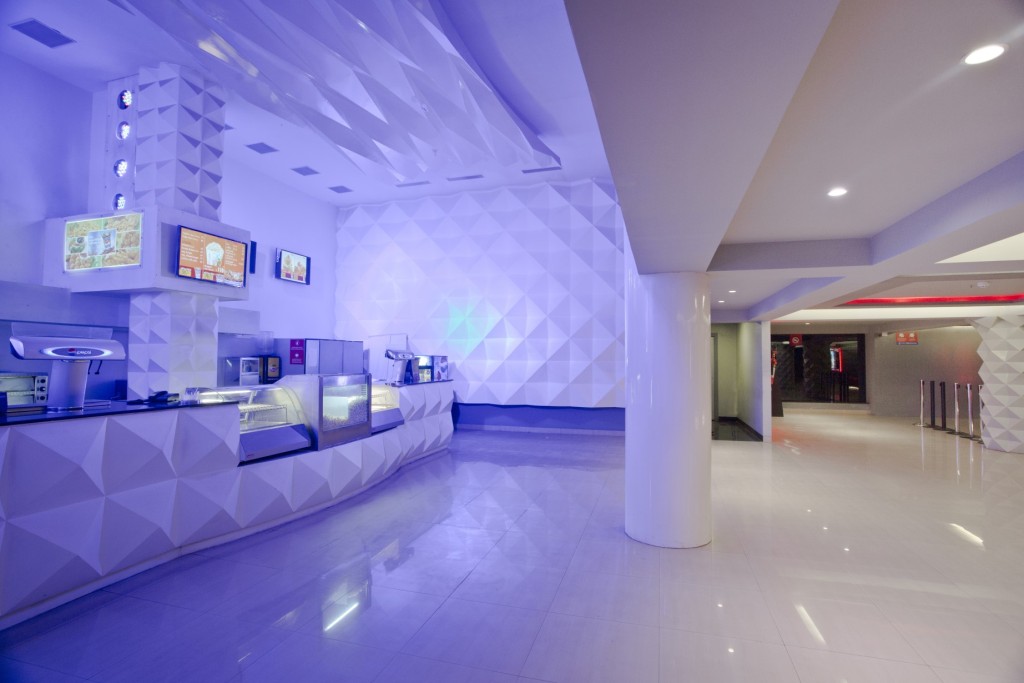 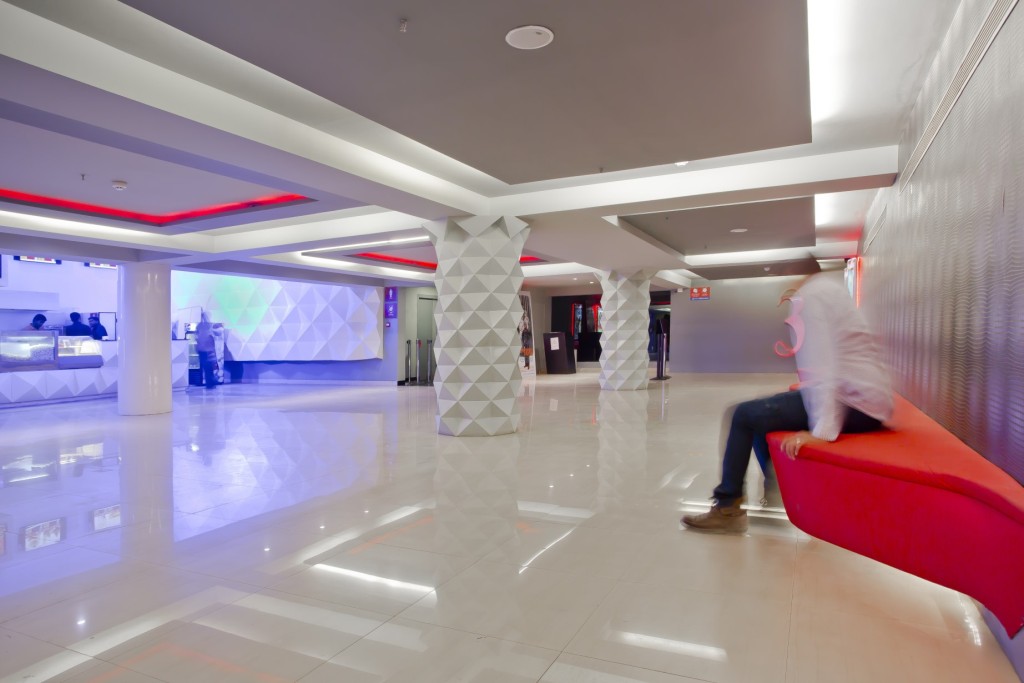 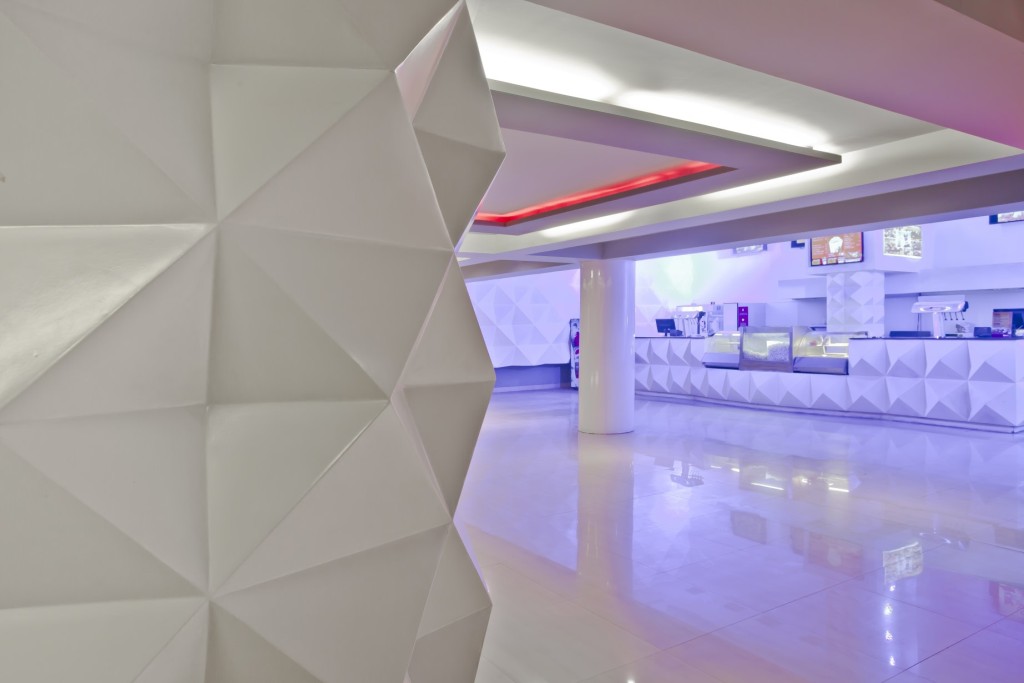 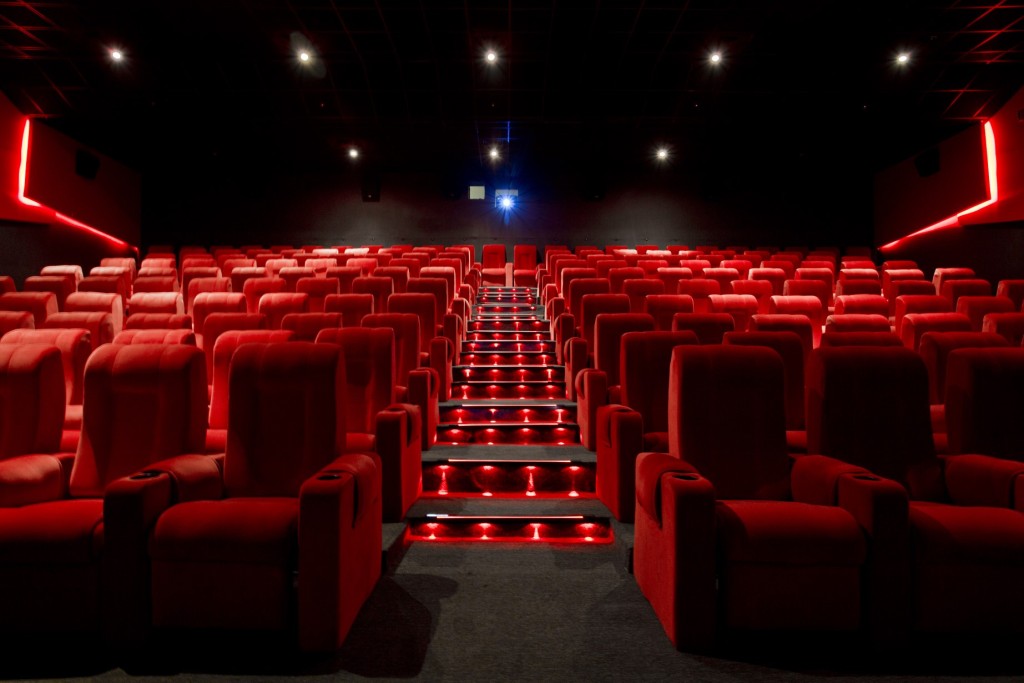 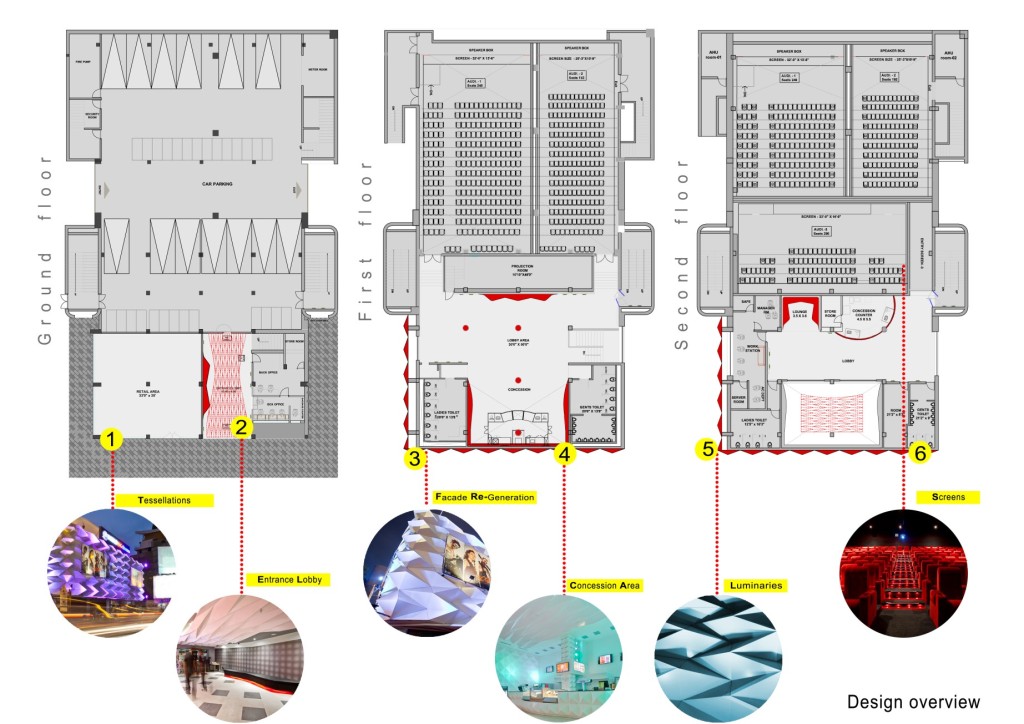 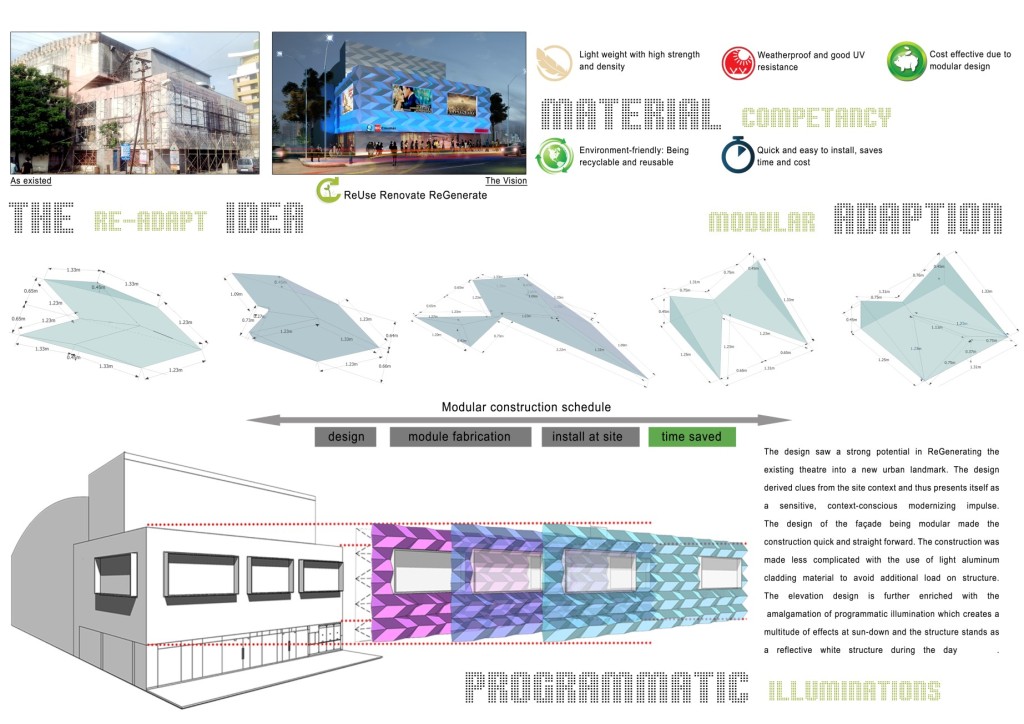 Occupying a stratigic position in the city of Rajkot, the site is in close proximity with some of the well known hospitality and recreational facilities like the Cricket stadium and Race course. The existing single screen theatre of 1979 was dated and desired a contemporary face-lift. It saw a strong potential to morph into a new urban landmark.

The Single Screen Theatre thus underwent a complete transformation and was converted into a three Screen Multiplex with a total seating capacity of approximately 600 seats. This included creation of two Premium Lounges, working on the existing theatre and enhancing the lobbies and the concession areas completely.

The design challenge was to make the theatre an urban recreational magnet with quick and easy construction to enable running of all three screens for the forthcoming releases.

The site being situated in a major city junction, the building desired a facelift that would be responsive to the functional context of the built form. Functionally, the building being a Standalone Multiplex, there was less scope for branding, which was an advantage for our forethought of generating something completely unexpected.

The facade treatment is based on generation of tessellations through modular geometry which creates a rhythmic note in the realm of a dense chaotic fabric. The façade development is initiated from a flat surface which is then folded and tilted in different planes following a particular shape. This formulated a prototype which would be reproduced to generate a tessellated surface with modules not overlapping each other. The design of the façade being modular made the construction quick and straight forward. The construction was made less complicated with the use of light aluminum cladding material to avoid additional load on structure

The elevation design is further complemented with the amalgamation of programmatic illumination which is achieved by the use of LED fixtures. This creates a multitude of effects at sun-down and the structure stands as a reflective white structure during the day.

The exterior and interiors are designed as a seemingly homogenous surface which flows from the façade into the interiors. Once the visitor experiences the dramatic effects created on the exterior, the idea is not to let the emotion fade away but to augment the feeling as one progresses towards the interiors. In upper floors the programmatic illumination is brought backthrough an unexpected shift in geometry creating a strong connect between the dramatic interiors and the distinctive exteriors.

The design thus derives clues from the site context and presents itself as a sensitive, context-conscious modernizing impulse.