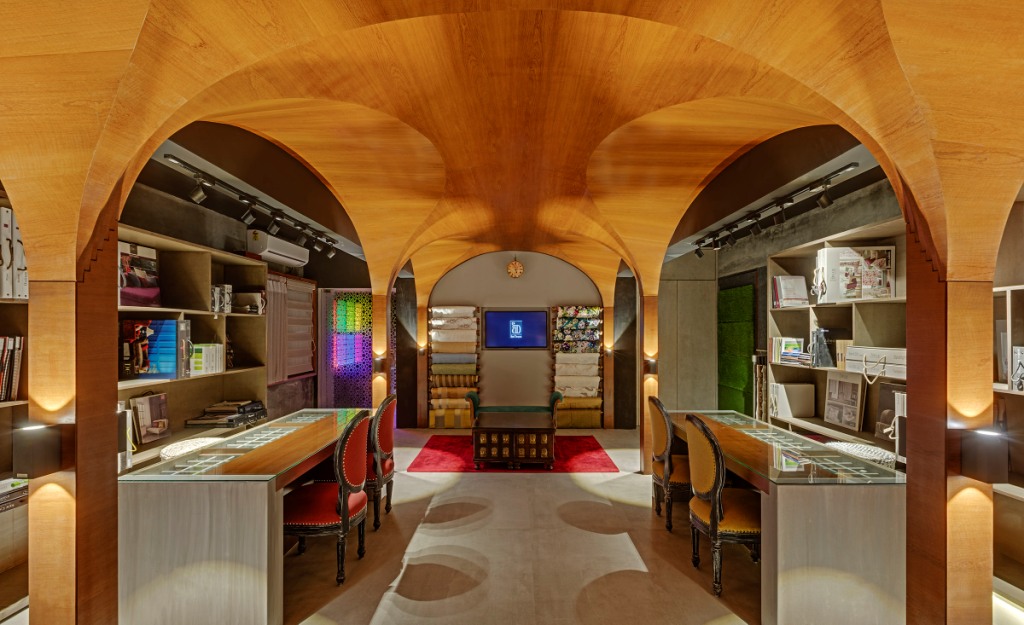 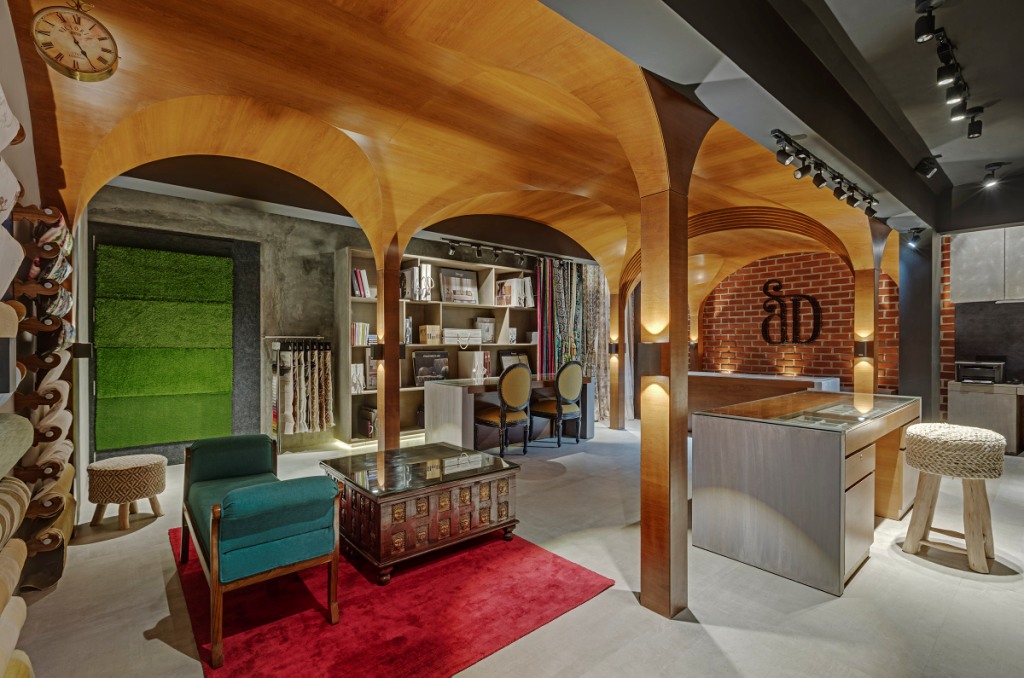 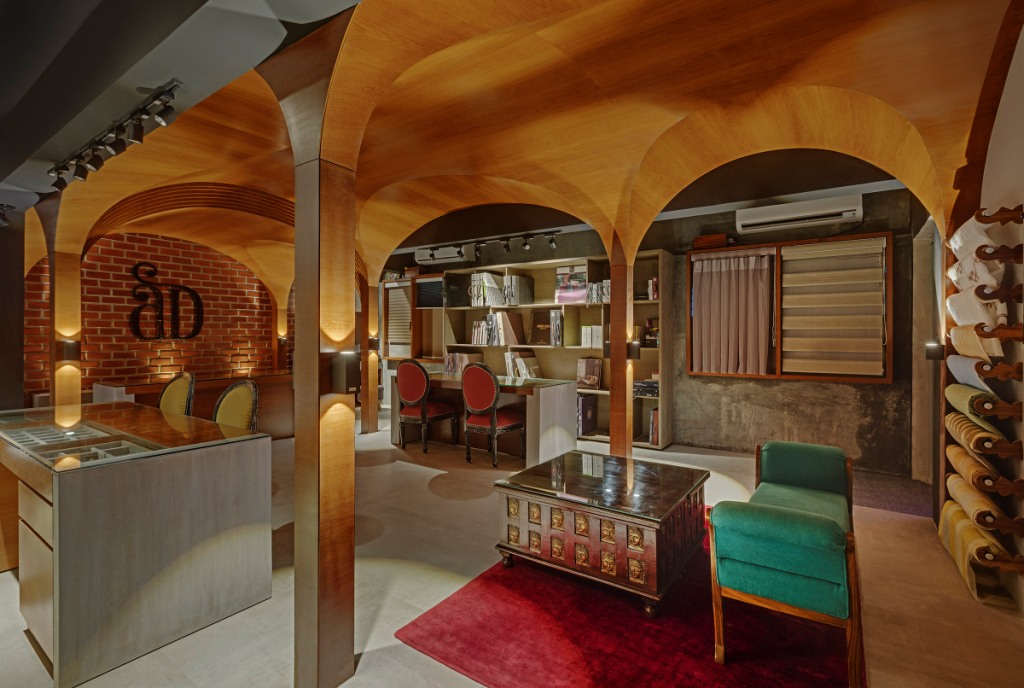 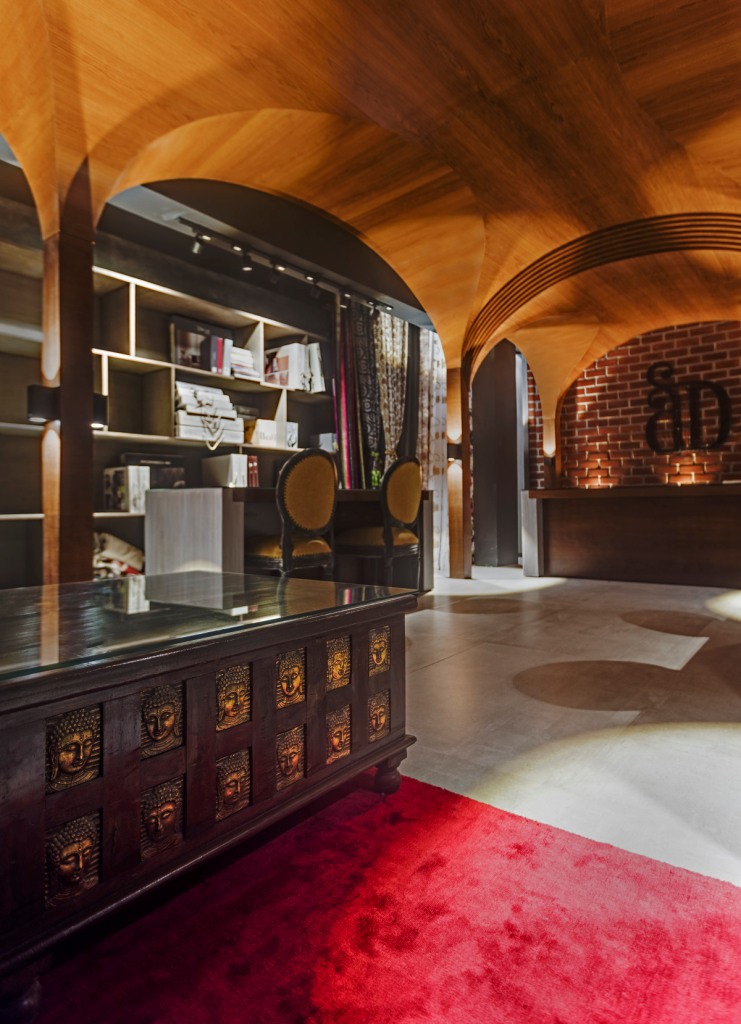 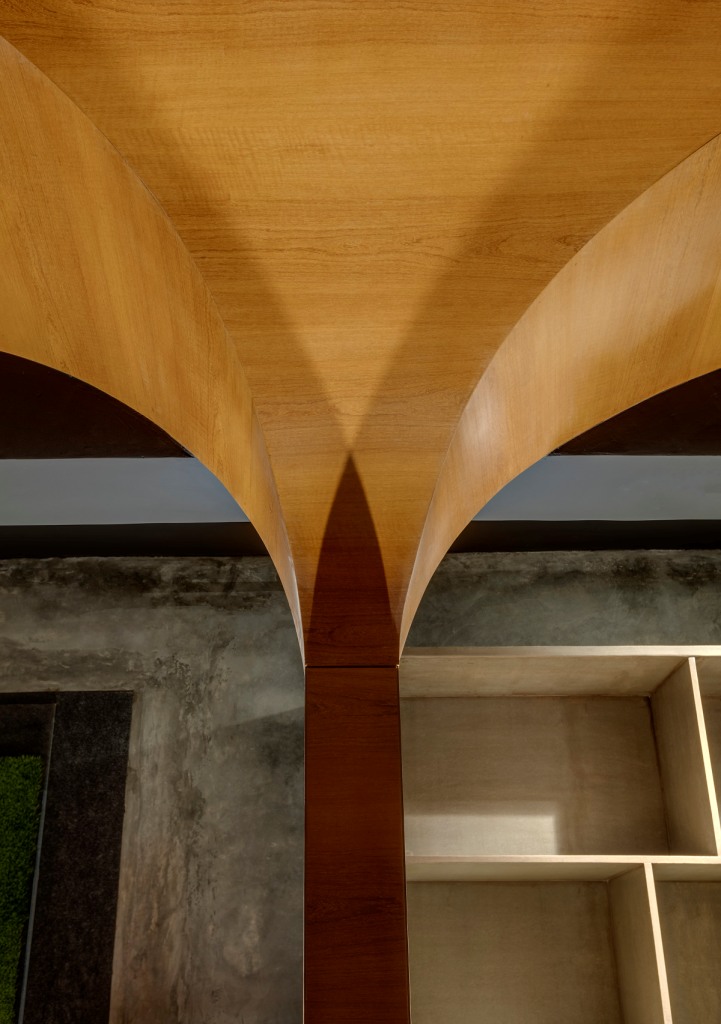 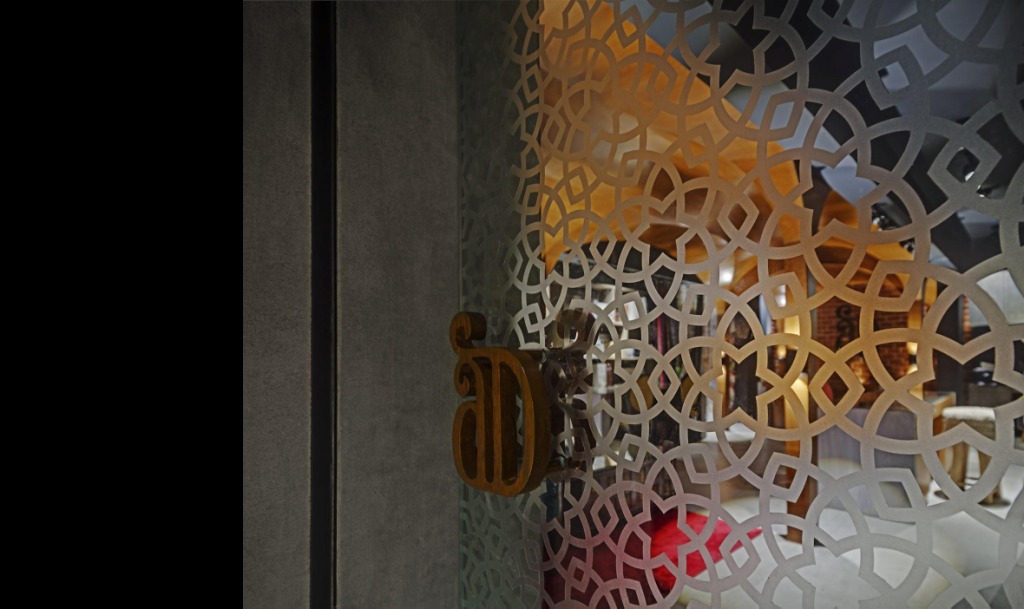 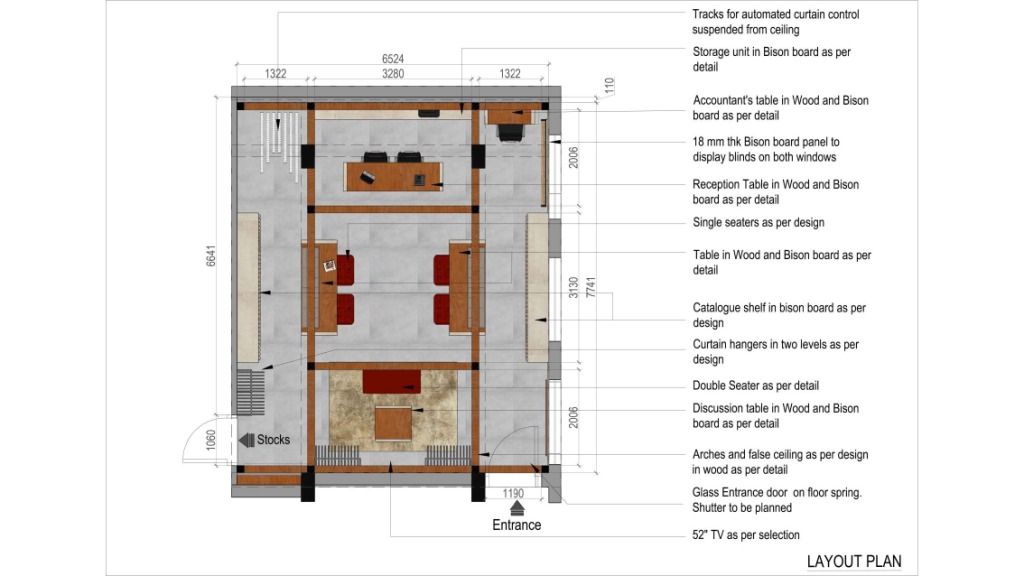 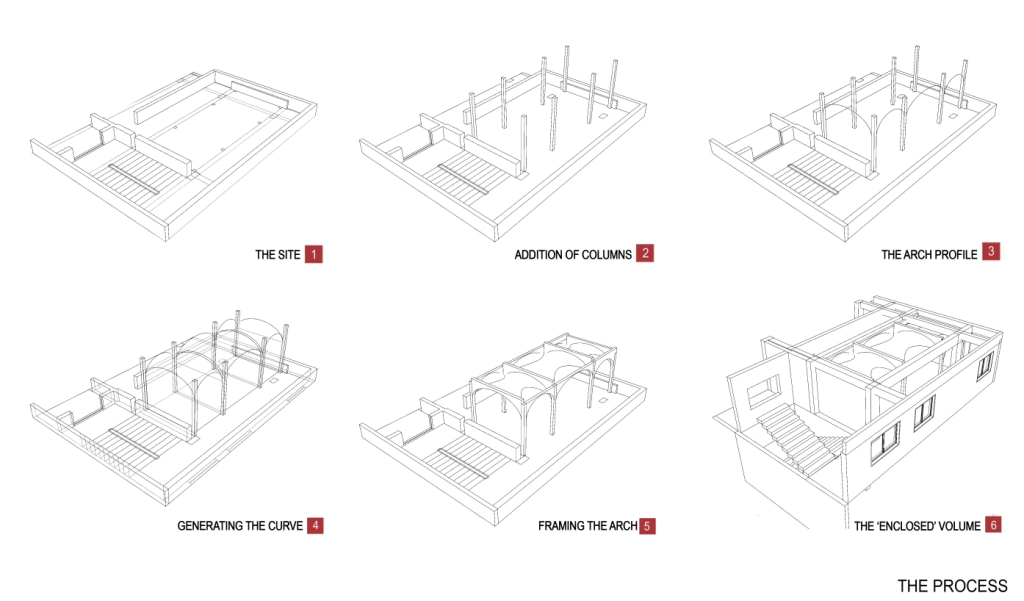 The clients for AD RETAIL are wholesalers in the fabric industry. The company is a second generation family run business that is moving into the retail sector. The design brief was to break-away from stereotypical format and ‘Arrive’ into the retail market with their first store. The upbeat and contemporary spirit of the AD boutique had tobe expressed in their new flagship store nestled in the heart of Bangalore city.

The modest space of 650 sqft is celebrated with an accentuated idea of the arched windows with drapery of the by-gone era which is represented in the most quintessential form, the “Arch”. The strong geometry of an arch articulated in a modern dialog creates the setting for a dramatically themed display. The challenge however was to utilize the space to its full potential in terms of the exhibits. The design was hence planned to juxtapose the elements on display with the interior layout making it a seamless.

The design is exemplified with the use of both modern and traditional materials in the palette. The arch is entirely structured in wood and finished to appreciate the natural grains while it takes the colossal monolithic form to hold the complete interior space together. The walls constructed in exposed wire-cut bricks along with the floor, walls and part of the display furniture in exposed concrete finish are rugged elements within the space which respect the true characteristic of the material. Although the overall material palette is natural and modernistic in approach, the furniture responds to the elements of the by-gone era and adds in a display of color and a tinge of ornamentation to the overall design scheme.

The interior space breaks up fluidically into waiting, meeting and showcasing areas, each of which carefully weaves the materials on display within the interior design dialog allowing the shopper the freedom to get a look-and-feel all around the retail space.